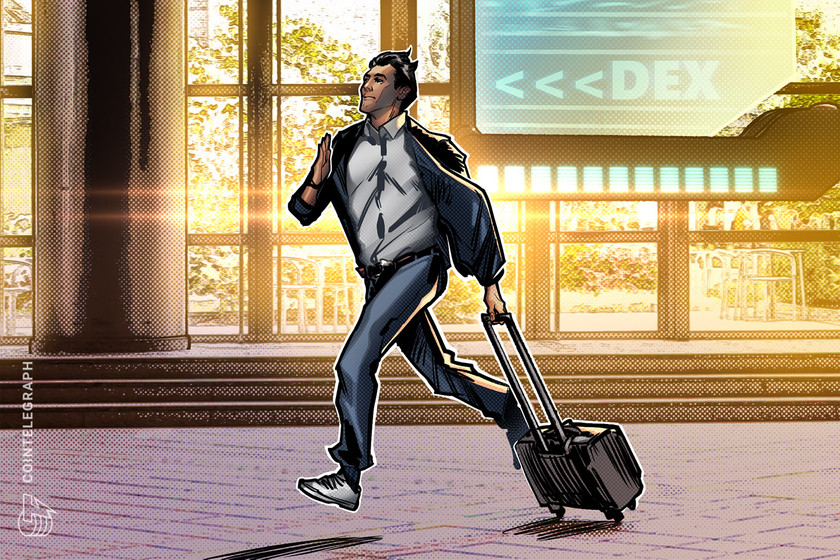 Over the last 10 years, Bitcoin (BTC) has performed exceptionally well as a store of value and for speculative investment purposes. However, a lot of this can be attributed to its decentralized nature, which could have resulted in regulators and governments worldwide making attempts to shut it down long before it ever took off.

Governments are evidently perturbed by the potential impact digital assets could have on national economies. However, while legislators are unlikely to find ways to shut down decentralized networks permanently, they can block access to the centralized platforms interacting with digital assets.

Recently, top global cryptocurrency exchange Binance has been under fire from regulators around the globe, with several countries issuing warnings or announcing investigations into its activities. At present, centralized exchanges (CEX) appear to be more willing than ever before to work with the regulators which could eventually have an impact on decentralized exchanges (DEX).

The blockchain and cryptocurrency industry has hinged on an ethos of decentralization for over a decade now, and with the goal of removing as many centralized intermediaries as possible, CEXs, reluctantly, could very well be the next to go, leading volumes to move to DEXs.

Despite providing investors access to a wide range of assets, sometimes soon after launch, centralized exchanges require traders to give up custody of their investments — something that isn’t too revered in the space. Though decentralized exchanges (DEXs) have existed for some time now, it was only last year that they began to pose a genuine threat to their centralized counterparts.

More regulatory control is a double-edged sword. On the one side, new users that were previously cautious of the unclear regulatory environment around exchanges would now be more willing to join the industry. But, on the other side, it could be argued that some users may leave CEXs as the result of tightening regulations and opt to take their business to DEXs

“More regulation automatically means more users,” said Jack Tao, CEO of the Singapore-based global cryptocurrency exchange Phemex. “The government has a responsibility to protect every investor, and the increased regulation of centralized exchanges will push the barrier for entry higher for new CEX platforms.”

He also mentioned that while greater regulation could reduce the number of initial coin offerings (ICOs) listed on exchanges, it could improve the quality of projects in the space. Enforced properly, regulation could have a more positive impact on the market than expected. Tao added:

“Centralized platforms still have a lot of services to offer. A DEX is merely a product with no ‘service’ and I don’t think they will take over centralized exchanges in the short term.”

From the automated market maker- (AMM)-based exchanges such as Uniswap and SushiSwap on Ethereum where the order book is replaced by liquidity pools to the order book-based Serum on the Solana blockchain, decentralized exchanges offer an alternative way to trading, including the ability to earn rewards for providing liquidity. Decentralized finance (DeFi) is built on a foundation of crowd-sourced liquidity, and with centralized exchanges appearing more and more under the crosshairs of governments, the demand for DEXs is on the rise.

Recently, senior management at one of the world’s largest Bitcoin derivatives exchanges, BitMEX, received indictments for allegedly lax protocols for Anti-Money Laundering (AML) and Know-Your-Customer (KYC) security. This caused a stir, raising fears of a lawsuit against the exchange and causing the exchange’s wallets to sink to their lowest levels since November 2018.

Uniswap alone has a market cap of almost $27 billion at the time of publication, accounting for over $1.4 billion in trading volume each day. Hundreds of billions of dollars are pouring into DEXs every month, with Uniswap surpassing trade volumes on American crypto exchange giant Coinbase last October.

The primary advantage of decentralized exchanges is that they do not require a trusted intermediary to perform trades. However, this brings various benefits to traders such as cheaper transaction fees due to lower overheads. With traders constantly looking for the best deal, centralized exchanges might need to start slashing their fees to compete.

DEXs also offer reduced counter-party risk since orders are filed against a smart contract instead of another person, and this also reduces the attack surface for malicious actors attempting to siphon funds. Decentralized finance and, by extension, decentralized exchanges have also improved access to digital assets, empowering anyone with an Internet-enabled smartphone to access financial services.

Several centralized exchanges are restricted from serving people in certain jurisdictions due to regulatory issues. DEXs don’t have these limitations, allowing them to tap into markets previously inaccessible to centralized trading platforms. They are also not required to provide information to third parties, with limited registration requirements to use the exchange platform.

Since DEXs don’t deal with fiat currencies, they’re able to get away with a lot more than centralized exchanges, but there’s a very good chance that regulators will not sit on the sidelines and watch the show. They may eventually come for them as well.

DEXs are still very much in their early stages, and until more research is done to mitigate the risks they pose, centralized exchanges are still likely to exist in some form or the other. After all, CEXs offer some benefits that cannot be implemented in a decentralized manner – for example, insurance.

While DEXs may be a different beast to hack, funds lost from attacks on centralized exchanges are often refunded to investors, offering a sense of accountability to one of the riskiest investment markets in the world. They also provide features like customer support, fiat on and off-ramps and, generally, greater liquidity.

That’s not to say decentralized exchanges won’t continue to eat into their market share, and while there will always be a need for centralized exchanges, the industry may be standing on the cusp of a shift toward crypto trading without intermediaries.

The future of exchanges

Ethereum isn’t the only one benefiting from the DEX game. Other blockchains like Polkadot and Solana have already created their own decentralized exchange ecosystems for their respective platforms while also being interoperable. Though most interoperability protocols already have bridges into the Ethereum network, improved cross-chain support could be precisely what DEXs need to begin dominating the space.

However, decentralized exchanges do have their pitfalls. For one, they don’t safeguard against money laundering or implement robust KYC procedures. This could be a significant hurdle for regulators to tackle, especially if DEXs become the primary portal to trading cryptocurrencies. “DEX will be a big headache for regulators,” said Tao, adding:

“Currently, regulatory authorities face a gargantuan technological challenge, and the only way for them to be part of this innovation is by improving legacy systems to catch up with the space.”

Evidence exists that criminals use decentralized exchanges to conduct their business activities. Last September, $281 million worth of cryptocurrencies were stolen from the KuCoin exchange, and the perpetrators reportedly used the Uniswap decentralized exchange to trade stolen tokens for ETH, according to blockchain analytics firm, Elliptic.

That being said, decentralized exchanges are little more than protocols, enabling distributed nodes to communicate with each other. While they can be used for both good and evil, there’s very little the protocol itself can do to stop malicious activity. This is similar to how the internet is still used for crime, and while the security systems have improved to an extent where the most heinous crimes are still trackable, the internet itself can’t stop people from misusing it.

With no centralized servers, decentralized exchanges are practically impossible to shut down, making it unclear how governments could enforce them to abide by regulations. One solution involves a centralized gatekeeper to identify users on the protocol, but this is likely only a preliminary solution that will soon be replaced by decentralized alternatives.

As digital assets continue to enter the mainstream, the infrastructure borrowed from centralized finance has come under immense scrutiny in recent months, leaving both retail and institutional investors uncertain about how to proceed.

The current DeFi and DEX ecosystems are still in their infancy, and the industry will only be able to build the financial infrastructure of the future through trial and error. As the access to trading platforms and other financial services improve by eliminating trust factors and reducing costs, digital assets could soon start to be adopted by the general public.