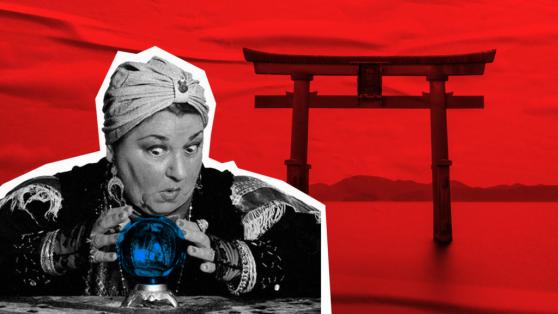 Ripple Price Predictions As It Sets Its Sights on Asia

Ripple has had a rough year due to its lingering case with the SEC, which has dragged on to the detriment of both parties. The price of XRP was expected to soar above the $2 mark this year, but the company hasn’t been able to go public.

Despite everything, the company has kept its cool, rolling out new projects and making acquisitions to cement its place as the leading blockchain payment provider. Ripple is now looking to further push their services in Asia having recently deployed its On-Demand Liquidity through RippleNet, which allows corporations to convert fiat into XRP and vice-versa.

Ripple Links Japan and the Philippines

Remittance is a huge sector in world finance with billions of dollars flowing around the world. Ripple is aiming to become the largest remittance solution provider.

Ripple will compete with traditional remittance providers and has to be at the top of its game to make it. The remittance market of Japan and the Philippines is worth nearly $2 billion, with many interests already being explored.

SBI Remit, A Japanese payment provider, has entered into a partnership with Coins.ph, a Philippine mobile payment service, and SBI’s VC Trade, a crypto exchange that unlocks a new remittance channel, made possible by Ripple. With more than 5 million citizens abroad, the Philippines annually receives up to $1.8 billion in remittance.

The continent, which features a great deal of industrialized countries with booming trade, has caught the interest of Ripple. FinTech and other related businesses are a lucrative industry in Asia, as it has become a major business hub.

This year, Ripple has made moves in Asia as it looks to strengthen its grip on the continent. In March, Ripple acquired a 40% stake in Asian remittance payment firm, Tranglo with the goal of enhancing its presence in Southeast Asia.

Ripple explained that Southeast Asia is saturated with lots of payments and remittance providers, but the continent lacks a cross-border solution that also integrates payment. Ripple is uniquely placed to do this with its existing technology, and by deploying ODL across several partnerships.

What Could Happen to XRP?

As the native token of the Ripple Network, XRP is the biggest winner from all of this. XRP has been under heat this year amid claims that it was sold as a security, and not a currency by the SEC.

The price of XRP currently stands at $0.73, but would have been a lot higher had everything gone according to plan. Everything was coming up roses for XRP before the SEC scandal.

Following the new developments and advancements in new markets, the price of XRP is expected to soar over time. XRP’s utility cannot be overstated, and coupled with the plans to go public after the case with the SEC, the future looks bright once more.

Join to get the flipside of crypto

Upgrade your inbox and get our DailyCoin editors’ picks 1x a week delivered straight to your inbox.