Why Bitcoin, XRP, and Dogecoin Just Dropped — But Ethereum Popped

Why Bitcoin, XRP, and Dogecoin Just Dropped — But Ethereum Popped

It’s Thursday, most cryptocurrency prices are still falling — and that’s kind of strange.

As of 10 a.m. EDT, here’s how cryptocurrency prices have changed over the last 24 hours:

One notable exception to today’s declining crypto market is Ethereum (CRYPTO:ETH), the price of which is up 2.9%. And yet … the news for cryptocurrency investors in general is actually pretty good today. 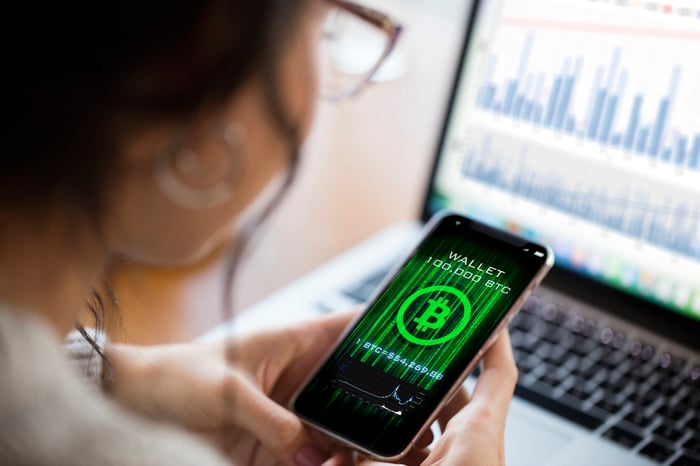 As you’ll recall, in the U.S. Senate, legislators recently added a provision to a $1 trillion infrastructure bill requiring “brokers” to inform the IRS of cryptocurrency transactions so that the government can tax them (thus potentially raising $28 billion to pay for new infrastructure). Crypto market participants have objected that the definition of broker used in the bill is overbroad and could technically require everyone from official cryptocurrency exchanges all the way down to mere crypto miners and even blockchain software developers to report their dealings to the IRS.

To clear up this confusion, a handful of senators have taken up the issue. As Politico reports, Democratic Finance Committee Chairman Ron Wyden of Oregon has teamed up with two Republicans, Pat Toomey of Pennsylvania and Cynthia Lummis of Wyoming, in a bipartisan effort to fix the problem by narrowing the definition of who qualifies as a broker for the purpose of the law. If they get their way, only actual “financial intermediaries” will meet the definition. Crypto miners, software developers, and transaction validators will be specifically excluded from the definition.

So far, so good — but here’s the thing: The White House doesn’t seem to want that definition narrowed. And the reason: The narrower the definition, explains Politico, the less chance the IRS will be able to extract its whole desired $28 billion from the cryptocurrency market.

Now, the good news is that this controversy could still be put to bed soon. Senate Majority Leader Chuck Schumer is pushing to get the infrastructure bill finalized by the end of this week. In the meantime, however, there’s still room for uncertainty as to which way the definition will go.

Final crypto note for the day: One cryptocurrency in particular — Ethereum — is defying today’s downturn and actually heading higher. And the reason for that is that Ethereum is getting some extra good news today. As CNBC reports this morning, Ethereum just activated new software that, among other things, promises to make transaction fees in this specific cryptocurrency “more predictable” by automatically setting prices for new coins “based upon overall demand on the network” (as opposed to requiring users to bid for the coins in an auction).

According to CNBC, this change — dubbed the “London hard fork” — will act as a “hedge against the market falling totally out of whack,” making prices more stable and hopefully resulting in fewer declining-price days for Ethereum cryptocurrency.