XRP and These 4 Altcoins Could Deliver 10x Returns

CHAINLINK Price Analysis: Signs of Recovery. A Relief for the LINK Investors

XRP and These 4 Altcoins Could Deliver 10x Returns 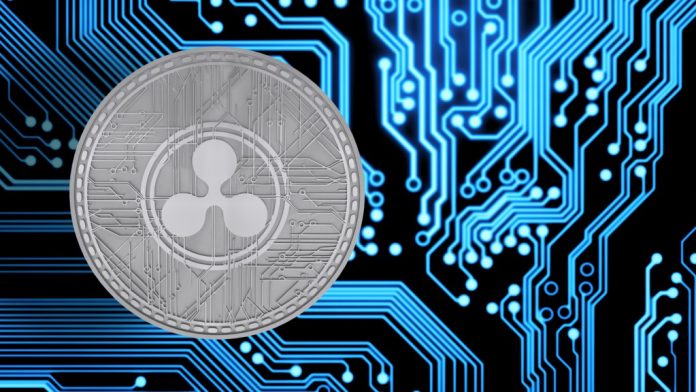 ThorChain, Enjin, XRP, and 2 other Altcoins can increase your crypto portfolio 10x. Trader Tom Busby of CrytoBusy shares with his subscribers the top 5 altcoins with 10x potential to add to his stock portfolio.

The first is THOR Chain (RUNE)

The first altcoin on the list is THORChain (RUNE). THORChain is a decentralized liquidity protocol that allows users to easily exchange cryptocurrencies between various networks without losing full control of their assets in the process. According to investors, the difference with THORChain is that it acts as a kind of market maker and users do not need to rely on liquidity on other more centralized platforms such as exchanges.

Similarly, it is unique in that it can exchange cryptocurrencies with different Blockchains without the need for any bridges. At the time of writing, THORChain was trading at $6.82 with a market cap of $1.5 billion, marking an increase of 810.2% in a 1-year frame.

The next coin on the trader’s list is Utrust (UTK). Utrust is designed to provide a solution to the problems that result in the low availability of cryptocurrency as a means of payment, especially the underdeveloped transaction security of payment platforms and relatively high fees. The analyst says that Utrust is similar to Paypal in the crypto market.

One of the most serious problems of cryptocurrency is price volatility. Utrust aims to protect both buyers and sellers from their influence by protecting sellers against market volatility and offering buyers the option of repayment. Until the purchased item is received by the buyer, Utrust acts as an intermediary, securing the transaction and ensuring the success of the transaction.

Another altcoin on the investor’s radar is Enjin (ENJ), an Ethereum -based cryptocurrency used to directly support the value of next-generation Blockchain assets. Recently, Enjin announced that it will explore ways to use NFTs to promote sustainability and equity as part of the UN charter. The company has proposed using the technology to combat climate change and reducing the global wealth gap by allowing creators around the world unauthorized access to NFT markets. ENJ rose 12.7% over the past 7 days to $1.58.

The fourth cryptocurrency on the list is XRP (XRP). According to Trader, in a recent series of events, the United States Securities and Exchange Commission (SEC) failed to uncover internal documents despite two orders from Judge Sarah Netburn at the request of defendant Ripple Labs. XRP price rose 67.39% to $0.82 after falling to $0.514 on July 20.

The trader says most of his gains came after a market-wide upward rally, led by the enthusiasm surrounding Ethereum’s landmark software update. He also predicts that XRP will reach $1 in the coming days.

The last crypto on the list is Zilliqua (ZIL). Zilliqa is a public, permissionless blockchain designed to offer high throughput with the ability to complete thousands of transactions per second. Analyst says:

It aims to solve the problem of blockchain scalability and speed by using sharding as the second layer scaling solution. The platform hosts many decentralized applications and as of October 2020, it also allows staking and yield farming.